On Thursday 30 June 2016. Girls from GBWA presented over six hundred Cards of Hope that the girls across WA (and Australia) had made to Julia Bishop, Foreign Minister.  This was to remind the government to do its best to ensure the safe return of 218 Nigerian school girls that were abducted by Boko Haram  on 14 April 2014 from a boarding school in Chibok.

Nikola Lewis, State Commissioner said “We are doing this to act against the injustice and help bring God’s hope and light into this dark situation.  We are doing this to let you know that we have not forgotten these girls”.  Girls who presented the cards were: 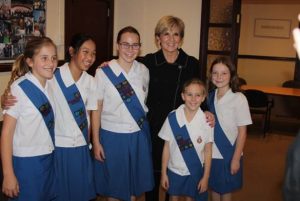 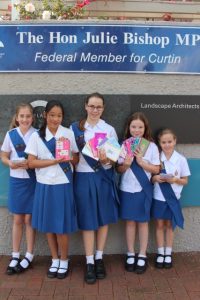